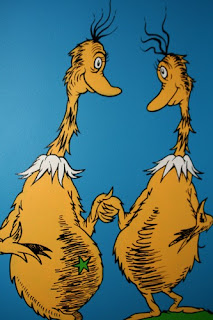 This post was originally created as class assignment #1 for MSU's New Media Driver's License course, and posted to the course website on September 27, 2010.

Reading David Meerman Scott’s New Rules of Marketing and PR is revelatory. I haven’t found so much “I need to use this right now” information in one book since I first read The Sneetches and Other Stories, by Dr. Seuss.
What? You don’t have The Sneetches on your office bookshelf next to your AP Stylebook ? I won’t share any details that could spoil it for you; I’ll only say that if your days involve human contact, you need it. Every story and every lesson is priceless for business (and for life).

The same is true of New Rules of Marketing and PR. Especially for a marketing communications practitioner raised on traditional media and methods (like me), every chapter is a game changer.
I’ll admit, my march toward social media is a reluctant one. I’m a child of Big Advertising, with all of the biases and misperceptions Scott so ably unravels. In taking apart those prejudices, Scott makes the case that the old ways of gaining a consumer’s attention – buying it (advertising) or begging for it (public relations) – no longer apply. Today’s internet marketing is about earning it by acting more like a publisher and less like a huckster. Fortunately, he draws a pretty clear map, including plenty of landmarks where others have succeeded. In the process, he’s taken a lot of the fear out of this sea change for me. He’s also places himself in a head-to-head contest with Theodor Geisel (Dr. Seuss) for the spot of honor on my bookshelf.

It was Scott’s ability to turn convention (not to mention my career path) on its ear that made Dr. Seuss’ book, and in particular the title story, come to mind. No doubt I’ll butcher its finer points (which are many) by even attempting a synopsis, but here goes: The Sneetches is a tale of one group of creatures (called Sneetches) with stars on their bellies, who discriminate against another group of Sneetches without stars on their bellies. A man comes along with a machine which, when walked through, can add or remove stars from bellies. Much confusion (and hilarity) ensues as each group scrambles to have stars added, then removed, again and again in a furious attempt to be with the “in” crowd, until no one can remember which Sneetch was in which group, and everyone lives together happily ever after without the class distinction that formerly separated them.

Who are Scott’s Sneetches? Old guard advertising and PR professionals, stuck with identities and assumptions that prove irrelevant when the new media “machine” is turned on. But just as Dr. Seuss leaves the Sneetches in happy collaboration, Scott’s story too, offers a happy ending for old media specialists from both sides of the tracks. I thought I’d feel left behind after reading “The New Rules of Marketing and PR ” like a star-less Sneetch, but instead, I’m armed with a strategic framework and proven tools so I can stop looking at my belly and get busy connecting.

So, pitting Scott vs. Seuss, who wrote the better business guide? Hard to say. Both are marvelous teachers, because (and Scott returns to this point again and again), neither says a word until they understand the issues driving their audience. I’m content to have them share the title. Dr. Seuss introduces us to a machine that can free and unite us. David Meerman Scott shows us how such a machine can work. I can’t wait to switch it on for myself and my clients.

photo credit:  sneetches by emceedowell
Posted by shelley z at 9:28 AM 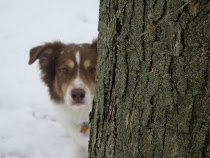 On our own, but not alone.

who's in on the conversation?